What is a QR Code? 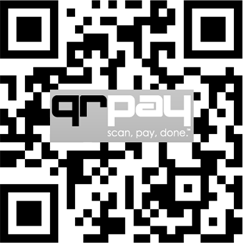 A QR code (abbreviation for Quick Response code) is a specific matrix barcode (or two-dimensional code) that is readable by dedicated QR Code/barcode readers and camera phones. The code consists of black modules arranged in a square pattern on a white background. The information encoded may be text, URL, or other data.

Common in Japan, where it was created by Toyota subsidiary Denso-Wave in 1994, the QR code is one of the most popular types of two-dimensional barcodes. The QR code was created to allow its contents to be decoded at high speed.

The technology has seen frequent use in Japan and South Korea, however, in the West there has been a slower adoption of QR codes until recently where there has been a big increase in awareness and usage.

Although initially used for tracking parts in vehicle manufacturing, QR codes now are used in a much broader context, including both commercial tracking applications and convenience-oriented applications aimed at mobile phone users (termed mobile tagging). QR codes may be used to display text to the user, to add a vCard contact to the user's device, to open a Uniform Resource Identifier (URI), or to compose an e-mail or text message.

QR codes storing addresses and Uniform Resource Locators (URLs) may appear in magazines, on signs, buses, business cards, or almost any object about which users might need information. Users with a camera phone equipped with the correct reader application can scan the image of the QR code to display text, contact information, connect to a wireless network, or open a web page in the telephone's browser. This act of linking from physical world objects is termed hard linking or object hyper linking.

The use of QR codes is free of any license. The QR code is clearly defined and published as an ISO standard. Denso Wave owns the patent rights on QR codes, but has chosen not to exercise them. The term QR code itself is a registered trademark of Denso Wave Incorporated.